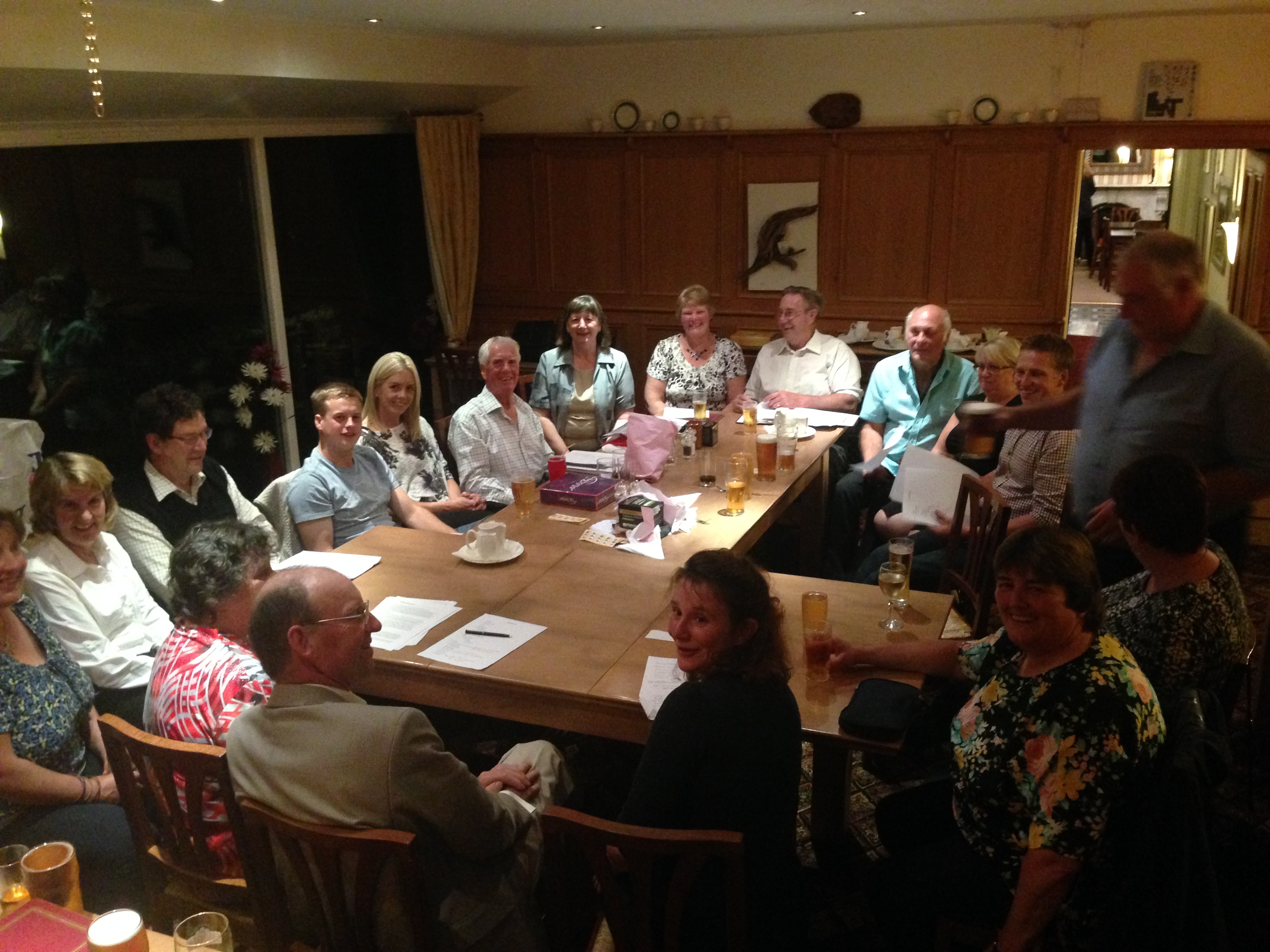 The Northern Dorset Breeders Club AGM was held at the Low Wood Hall Hotel, Nether Wasdale on the Friday evening following the society sale at Carlisle. A good number of members were in attendance, who enjoyed good food and plenty of chat, followed by the meeting. Outgoing Chairman, Cathryn Pritt, read her report of the clubs year, including successes at shows and sales and her thanks to other committee members for their help in the running of the club. It was proposed and seconded that Alec Steff becomes Chairman. Alec, also judge of this year’s club flock competition, gave out the results for the first time and handed out the prizes, including sheep licks and drenches.

On the Saturday morning it was time for the clubs annual flock visit, this year to the Marren Flock owned by the Hodgson family. Mark and Karen run two farms under extremely different conditions. The Dorset flock of nearly 300 hundred ewes runs on the lower farm at Egremont, not far above sea level. In vast contrast, the flock of 2000 Herdwicks, run the fell farm at Wasdale Head. In a breath taking position, at the bottom of Scarfell pike, consisting of scree sloaps and mountain, farming here is extremely difficult.

Club members congregated at the fell farm in the mid-morning and were greeted with tea, coffee and cake. By the house were the September lambers, looking heavy in lamb and in tremendous condition. Set against the backdrop of Wastwater Lake, members looked around the ewes while Karen diligently explained pedigrees and pointed out ewes of specific interest. 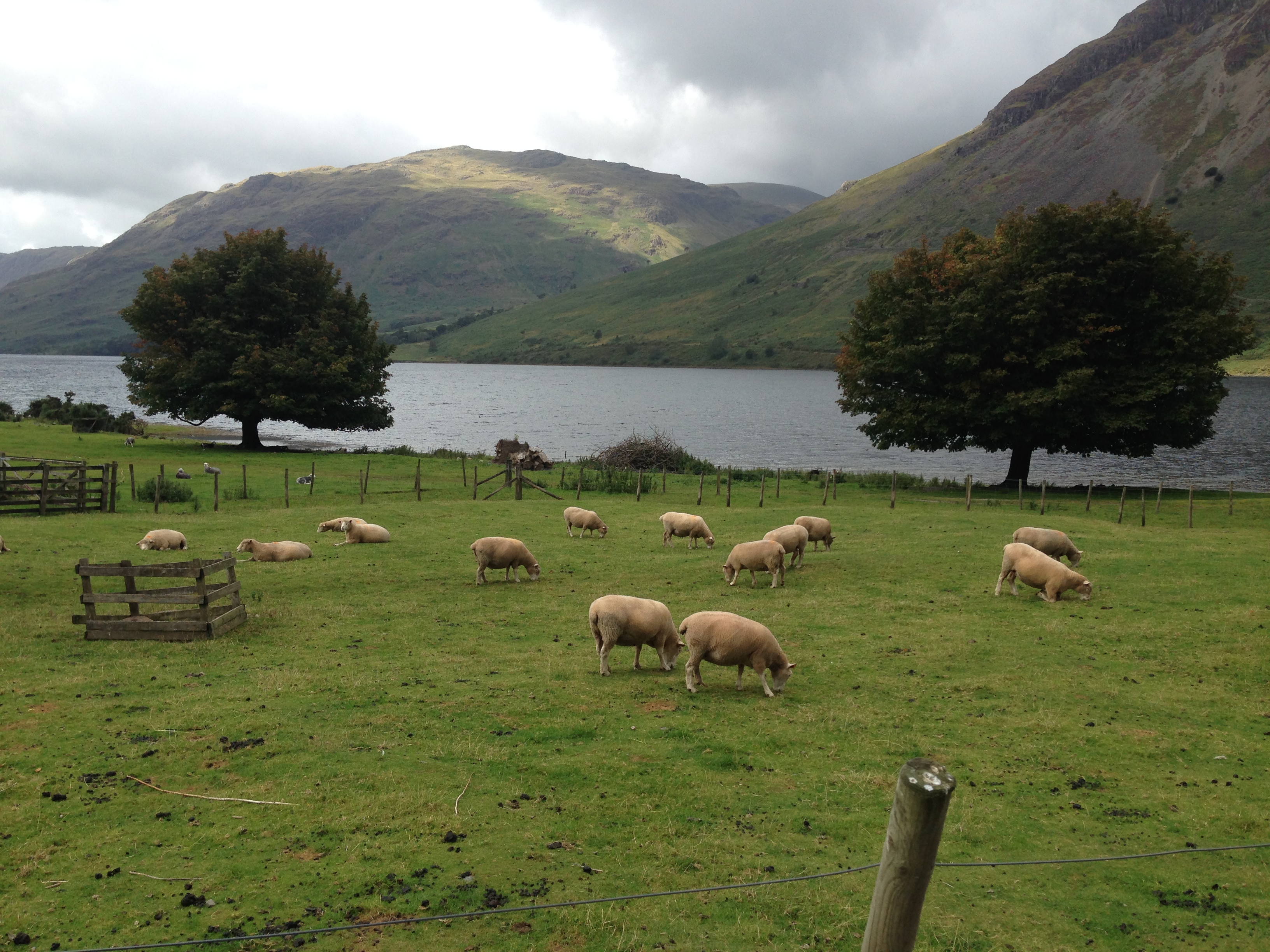 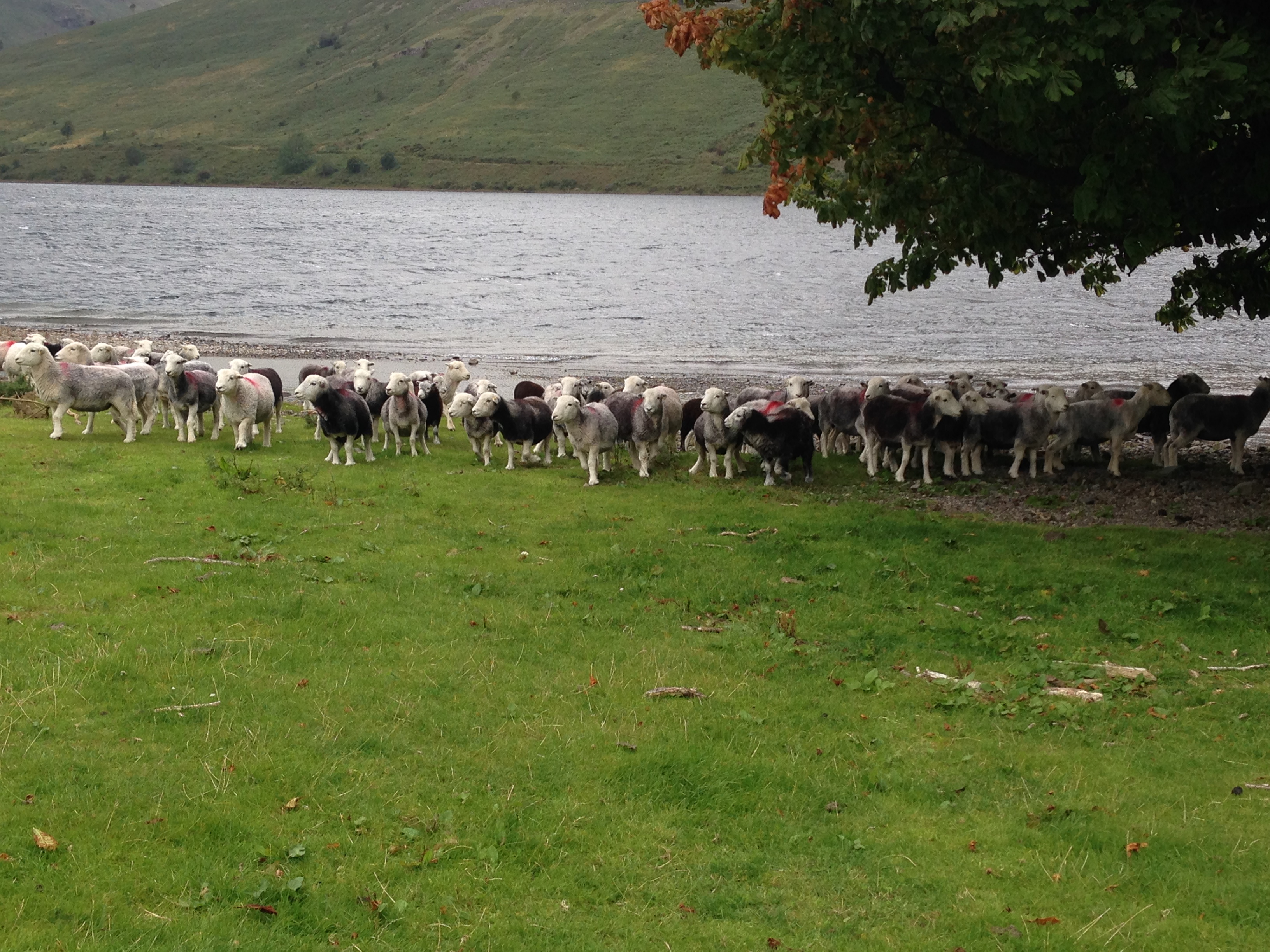 We were then showed a bunch of Herdwick ewes and lambs, gathered into the inland for us specially that morning. Karen explained in detail, the management situation of the Herdwicks, being the only breed that can survive on the fell. The sheep are gathered into the inland five times a year, for lambing, shearing, weaning, dipping and tupping. Ewes go to the ram for the first time as three year olds in December, to lamb in May and are sold as draft ewes after two trips. This is because young and older ewes cannot survive carrying a lamb on the fell for the winter. The lambs from the ewes are fattened on the green farm at Egremont and sold on the ‘Lake District Herdwick Lamb’ scheme. The farm also suffers from a heavy tick burden. Dipping and pour-ons are used to control the problem, however incoming stock, especially rams have to come from ‘tick-bitten’ sources. Sheep that haven’t had tick exposure rarely survive the extreme conditions at Wasdale. Before leaving the fell farm, a full dinner and a tour of the hefted herd of black Galloways, which were surprisingly unconcerned about our presence!

Next stop was the lower farm at Egremont to see the 220 Dorset ewes due to go to the ram in October. After gathering the ewes, Karen told everyone how the flock was formed by the purchase of ewes from the Thornbank flock, May Fair and later private purchases in Northern Ireland. It is clear to see Karen’s keen eye for type and correctness is paying off as the flock is developing a stamp. Members were particularly impressed with her ruthless approach to selection of breeding females! Across the road were the ewe lambs, these were well grown and again showed a consistent type.

Last of all we saw the stock rams, all of which were new for this season. Karen explained that due to constraints of a young family and running two farms, she prefers to bring in entirely new rams as younger ewes enter the flock. Thus reducing the amount of drawing into lots required at mating time. Two ram lambs from May Fair had grown on particularly well and were excellent examples of the breed. Then an aged ram, from Northern Club member, James Royan’s Bennachie flock. For an aged ram he had excellent shape and locomotion, and was another source of new blood for the flock.

The club would like to thank Karen and family for what was an enjoyable and extremely informative day out. To see two different farms on the same day run on entirely different circumstances was very interesting. The sheep and farms are a credit to the amount of hard work put in by the Hodgson family. 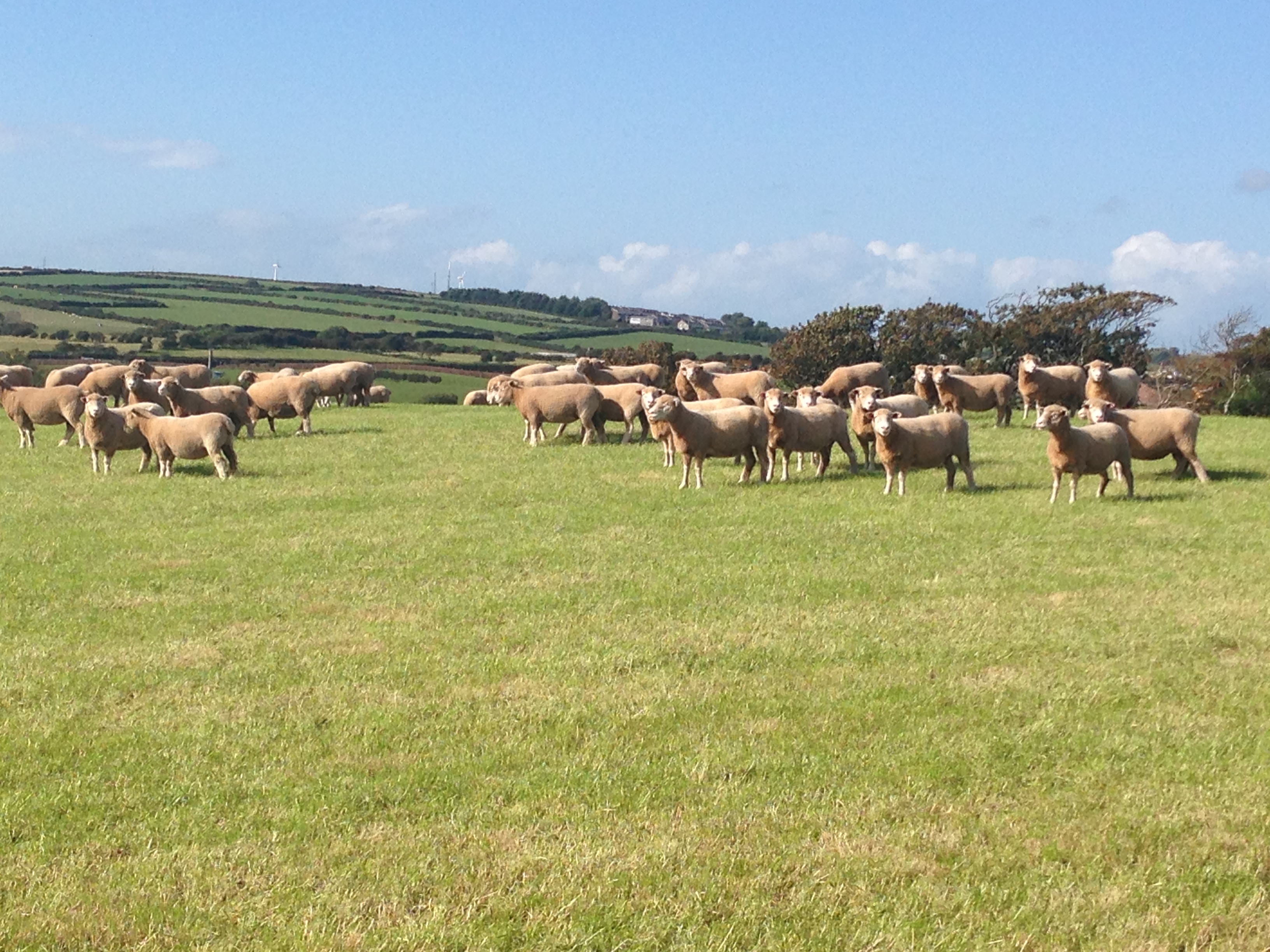