Successful May Fair For Northern Members

The Dorset Horn and Poll Dorset Sheepbreeders Association held its annual May Fair Show and Sale on the 6th and 7th May. Several NDBC members were in attendance, both exhibiting sheep and there to purchase new stock.

Sam Driver’s ‘Sandy Lane Titanium T1088’ had a successful pre-sale show coming away with Best Single Horn Shearling and taking the Best Horn Exhibit Prize. He sold for 800gns to the Netherton flock on the Wednesday. ‘Sandy Lane Tiesto’ a poll ram from the same stable sold for 720gns. 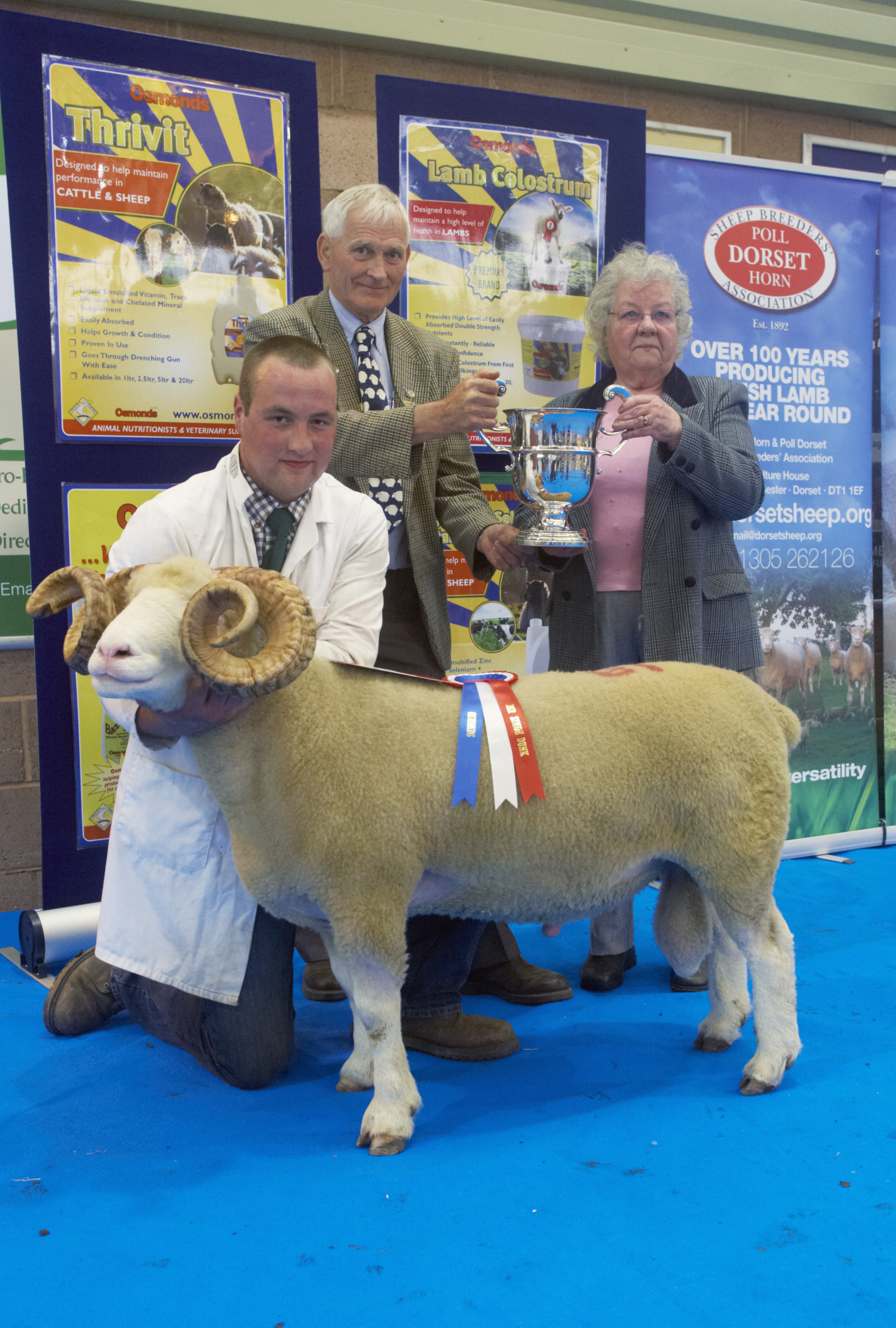 From the Northern consignment, Edwin Pocock’s, Hall Lane Flock had the highest price ram on the day with ‘Hall Lane Terrance’, a ‘Hall Lane Panther’ son selling for 950gns.

Several of the days highest price rams made the journey north including;

A full report can be found at www.dorsetsheep.org.uk