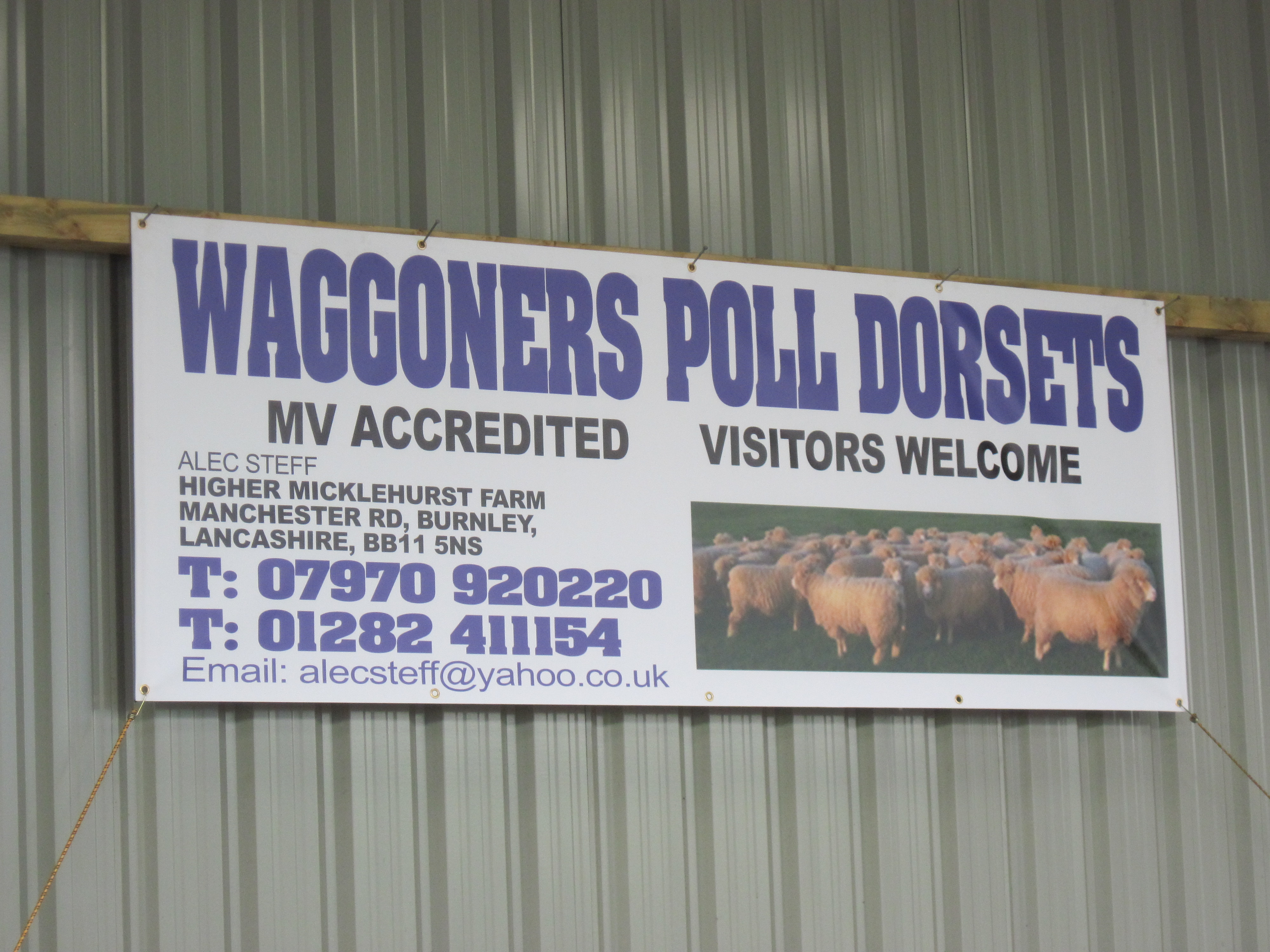 On the 19th July members of the Northern Dorset Breeders Club enjoyed a thoroughly informative open day at Alec Steff’s Waggoners Poll Dorset flock at Burnley, Lancashire. Members arrived at Higher Micklehurst Farm at 11am and were greeted with an excellent spread of cakes, scones, tea and coffees. Following this Alec did a short introduction detailing the rest of the day which was to include stock judging, a barbeque and a flock tour. Members were then asked to introduce themselves to the rest of the group. 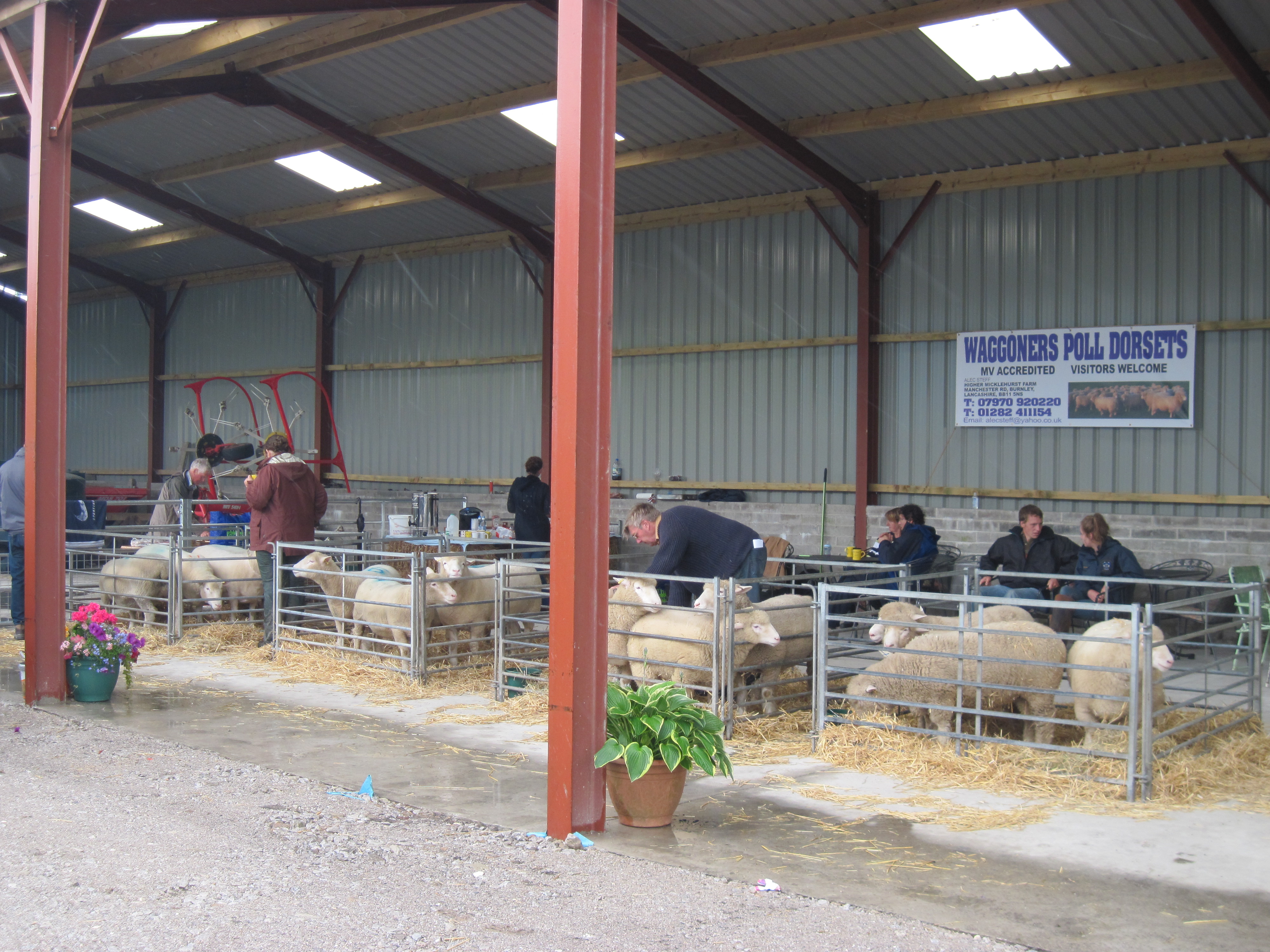 Our master judge for the day was Edwin Pocock, our past Chairman and a member of the Society Judging panel. Alec had presented four pens of sheep for the stock judging competition, flock ewes, shearling ewes, ewe lambs and ram lambs. Edwin diligently examined the stock and placed them in the order he believed the sheep came. Members then preceded to judge the sheep, placed them and handed in their judges cards. While the cards were being marked everyone tucked into a delicious BBQ and salad served up by Anne and discussed what they had seen.

After everyone had feasted Edwin took everyone around the pens explaining why he’d placed the animals in the order he had. Our master judge pointed out the positives and any negatives about certain sheep and club member young and older alike learnt a lot. Edwin and his assistant Lesley Marsh told the members after each pen who had scored top. At the end of the run, Alex Birch and Sam Driver were joint winners, scoring most similar to how Edwin had judged. 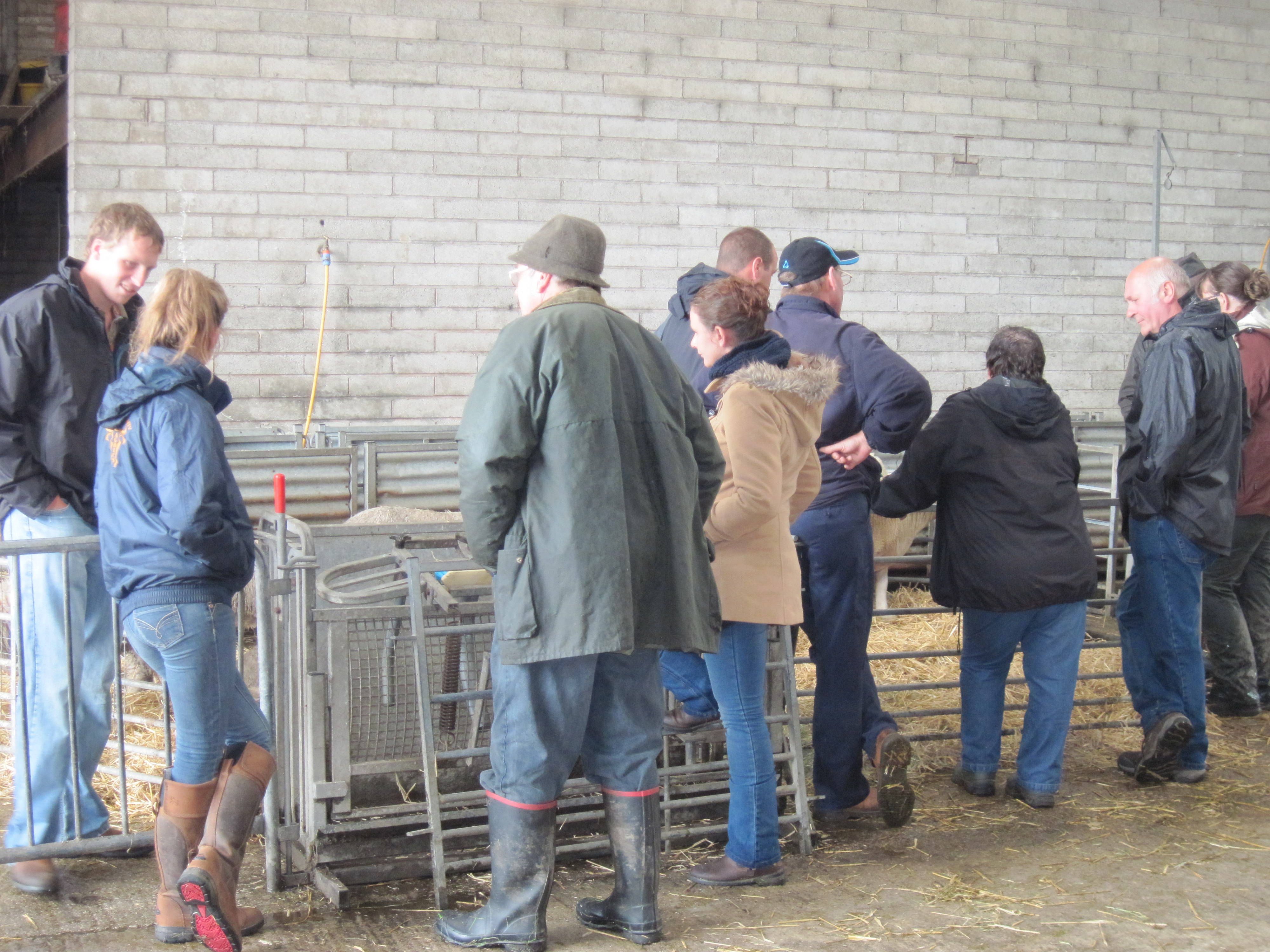 It was then time to head around the flock, starting with a strong flock of Dorset ewes. Some of these ewes had been back to the ram and are due in the Autumn. The remainder of the ewes are split between Dorset breeders and Texel embryo recipients that lamb in February. The tour then went to the ewe lambs which were a strong well matched bunched, mainly by the Irish stock ram ‘Islaharnan Tornado’. Tornado was then in the group of rams we saw next, he was the NDBC Flock competition stock ram champion in 2013 and is clearly leaving a quality stamp. The flock tour concluded with a walk around the Texel flock which looked exceptionally well. Everyone then settled down to consume even more tea and cake while Alec told us about the windmill that is currently being erected on the farm. 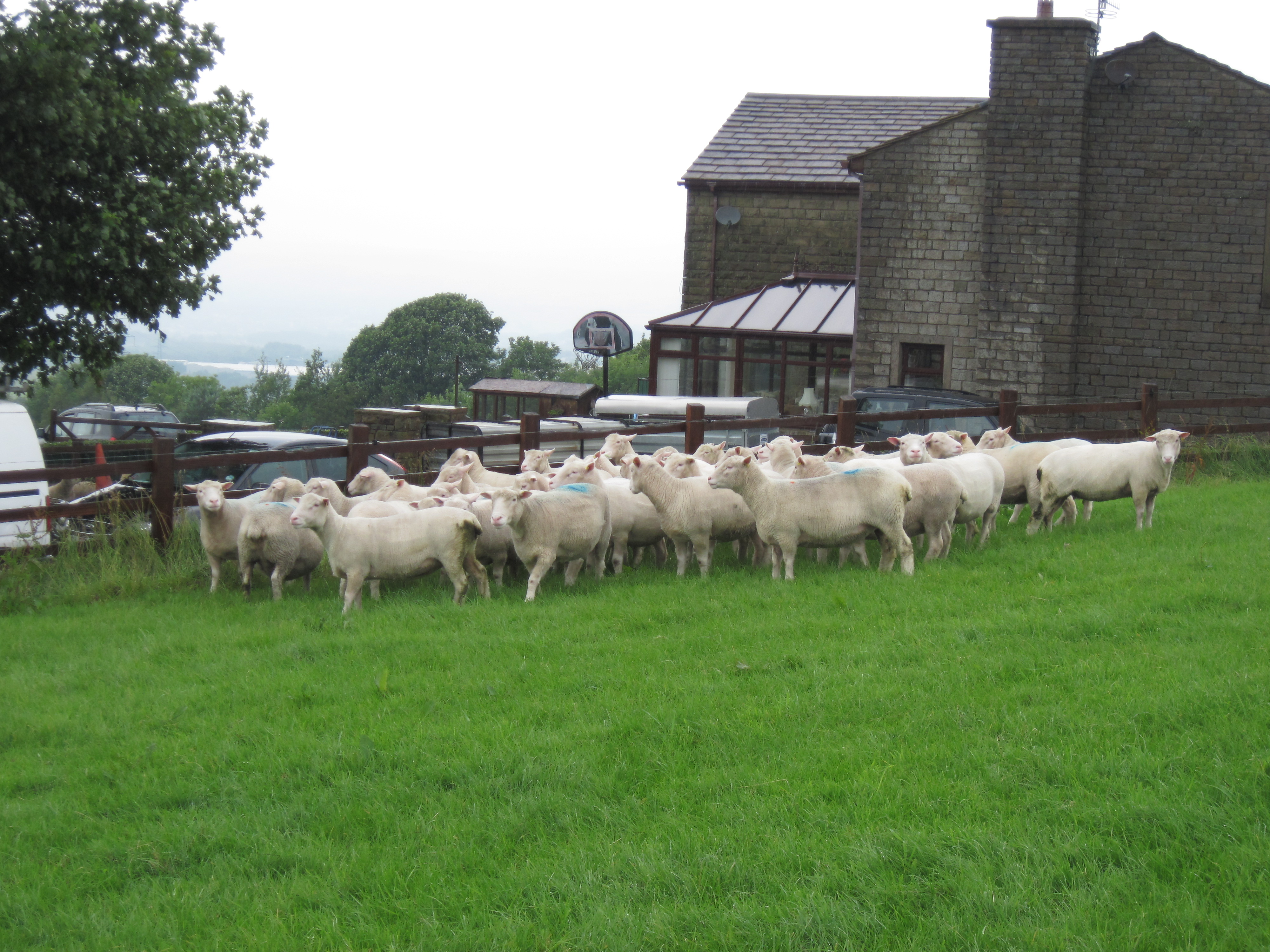 The club would like to thank Alec, Anne, Amie and Louis for their generous hospitality and for organising an enjoyable and educational day. Also to Edwin for being the days master judge.