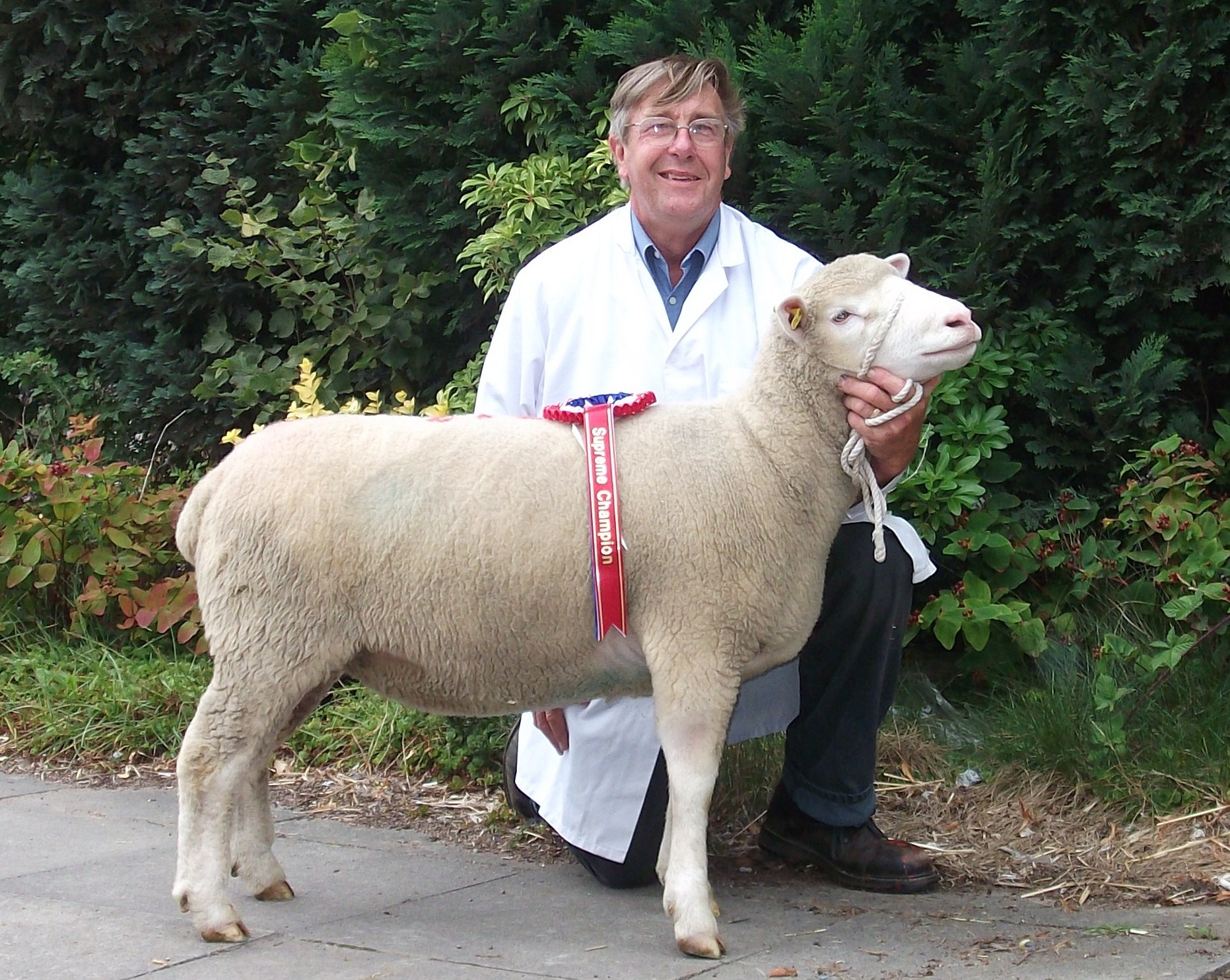 The Dorset sheep winner of the EBLEX Improved Flock Awards for 2013 is the Hall Lane Flock, owned by Edwin and Jenny Pocock at Totley Hall Farm, near Sheffield, South Yorkshire.

Organised through the Sheep Better Returns Programme, this award is presented to the English performance recorded flock that has shown the most impressive improvement in genetic merit over a 12-month period, within the breed.

Edwin and Jenny Pocock established the pedigree flock ten years ago with 50 ewes and the tup, Blackhill Champion. They have since built numbers up to more than 175 Poll Dorset ewes with 125 of these lambing in November and December. There is also a commercial flock of Texel ewes which lamb in March and April.

Previously, Edwin was the manager of a pig, sheep and arable enterprise near Nuneaton, Warwickshire. He and Jenny took on the 52ha (130 acre) Totley Hall Farm in 1982, as tenants of Sheffield City Council.

The physical constraints are many. The farmstead is cut off from the pasture land and surrounded by housing estates on the urban fringe. Small fields, average size 2.4ha (6 acres), run up to the Peak District Moors, reaching a height of 270 metres (900ft). In 2012 rainfall was 147cm (58 inches) and the soils are heavy. Access to the fields is by trailer only, so once turned out post lambing, the ewes and lambs have to stay out.

The Dorset breed was original chosen because it could produce new-born lambs in November and December. This allowed them to participate in Nativity plays run for schools and families, and provide an animal handling experience for the children as part of an on farm diversification project.

Once on the farm, the Pocock’s found the ewes to be good, easy lambing mothers. There was also strong demand for females in the area, as producers of spring lambs for farm shops, and as embryo recipients for other pedigree breeders.

The flock has been Signet recorded since 2004 with detailed records kept for each animal. The Pocock’s are members of the Centurion Sire Reference Group.

Analysing performance figures and using Estimated Breeding Values (EBVs) has enhanced the output and profitability of the flock significantly. The Sire Index has climbed from 145 points to 325, with a 45 point rise in the Maternal Index – all as a result of nine years recording.

Having been a pig farmer, Edwin was used to choosing sires based on performance as well as looks, and found it easy to apply the same process to selecting tups – both for the Texel and Dorset flocks.

Fifteen ram lambs and most of the ewe lambs are retained. These are either sold for breeding to commercial and pedigree breeders at breed society sales or off the farm, or kept as replacements.

They are housed until the weather and grass growth allows them to be turned out to graze in the spring where they are given no additional feed. Those destined for slaughter are sold from late February through Bakewell market.

All female sheep kept for breeding this year must be true to type, have good conformation and be in the top 20% of breed performance indices, ie over 300 points on the Sire Index. Speed of growth, muscle depth, conformation and maternal ability are traits the Pocock’s are particularly looking to improve still further.

Hall Lane Dorsets have been sold to customers across the UK, from the Isle of Wight to Scotland and from Suffolk to Wales. Most buyers of live animals are not fully conversant with EBVs, so Edwin takes time to explain the figures, advising how to select a tup with appropriate strengths for their requirements. However, he finds that customers who buy semen, both in the UK and overseas, seem more likely to base their purchasing decisions on figures. Recently a group of Danish farmers bought 50 doses of semen from his stock ram Ballytaggart Nijinsky.

“We bought this ram at the May Fair in 2010 and he has now sired over 280 progeny,” says Edwin. “He has an index over 415, is in the top 1% for his breed and has had a very big influence on the flock’s progress, both in terms of conformation and overall performance.”

Commenting on winning the EBLEX award, Edwin put the success down to using high performance tups, along with the introduction of higher performance shearling ewes.

“We have a hard culling policy in place, based on taking the lower-rated ewes out of the flock each year,” says Edwin. “This has also helped bring the flock to where it is today.

“Last year any females with Sire Indices below 220 points were culled; this year the cut off point will be 240 points. The ewes with better maternal EBVs will be sold to commercial breeders; the poorer ones will be sent for slaughter.”

Mr & Mrs Pocock are honoured to have won the award, saying it is recognition and reward for all the hard work, good husbandry and stock selection that has taken place over the last few years. They also say it will also help to promote the image and marketing of the flock.

“One of the major benefits of improving the genetics of a flock is the cumulative and permanent way it lifts performance.” Says EBLEX sheep breeding specialist Samuel Boon.

“The time and effort involved will pay dividends for years – not just in the winning flock, but also in the flocks that buy rams from them.

“It is a difficult time for sheep producers right now – but the difference between choosing the right recorded ram for the farm, or an animal of average breeding merit, could be worth £1,000 or more. So now is a good time to invest in superior genetics; not to ignore them.

“Edwin and Jenny have certainly taken the right approach to establishing and expanding their Dorset flock. By recording and using EBVs, they have found rams with the most profitable breeding potential for their pedigree enterprise. I congratulate them whole-heartedly on their success.”