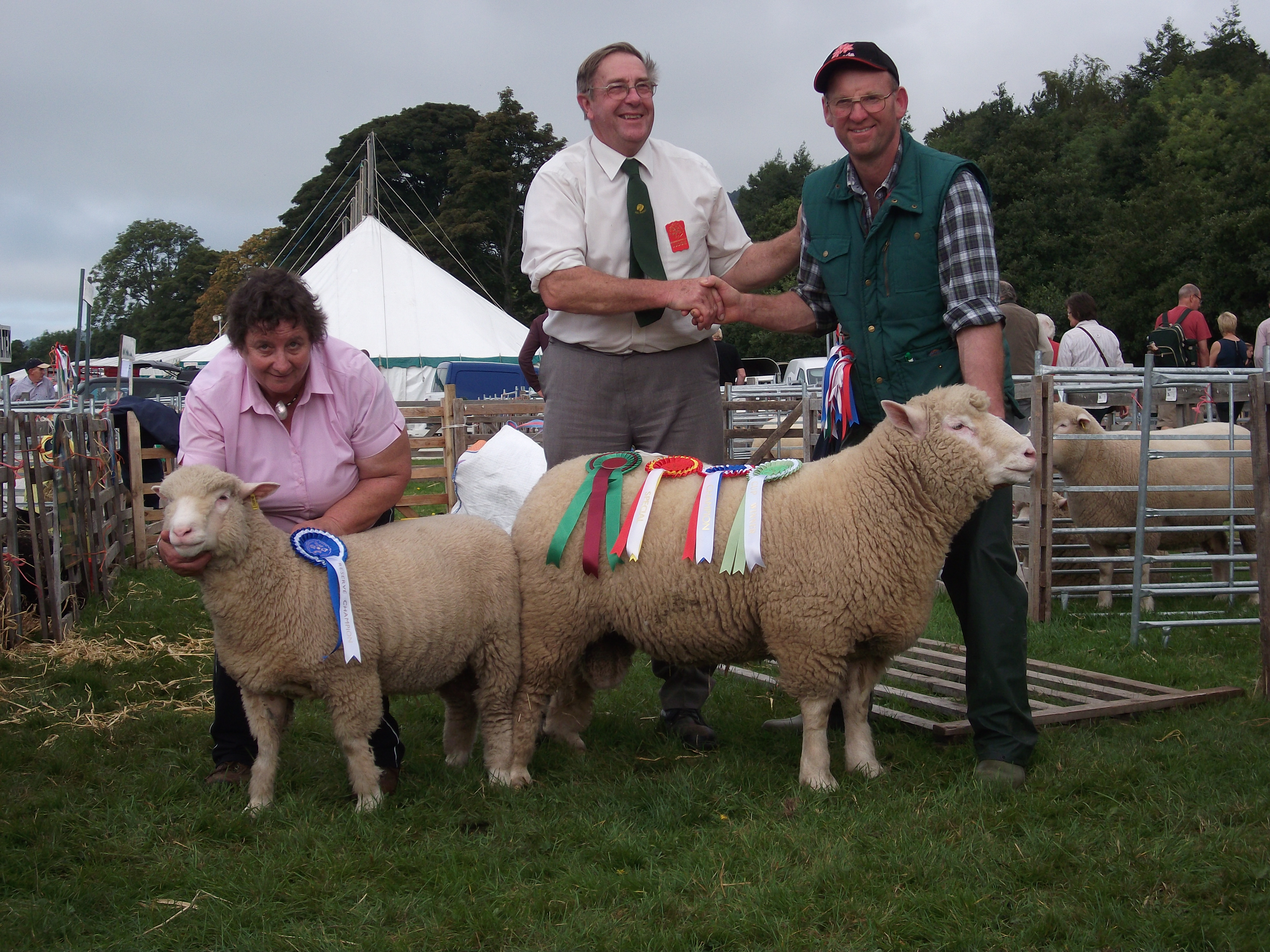 After the very wet show last year exhibitors entering could have been forgiven for fearing this year could also be wet as the day dawned with overcast skies, heavy drizzle and thick fog as they neared the dale. However driving down the steep hill into the wonderful setting of the showground the sun appeared and jackets were taken off. Judging commenced with Four exhibitors presenting 18 sheep to the judge Edwin Pocock for him to make his descision.

After a three hour journey to the show the Brian Muncaster and Cathryn Pritt with their Thornbank Flock were awarded with both Champion and Reserve prizes. Describing Riverview Torque after placing him first in the Ram Lamb class as not presenting with any breed faults Edwin gave him the Supreme award.

An April born lamb sired by Sherbourne Storm took Reserve position having only been selected the previous evening as a substitute for another show lamb which was found to be favouring a front foot. Edwin described her as being well put together and a nice lamb. Edwin pointed out his reasons for placing the sheep to all the Exhibitors and his knowledge, comments and help were listened to and much appreciated by all Exhibitors.

Ewe Lamb born on or after 1st September 2012