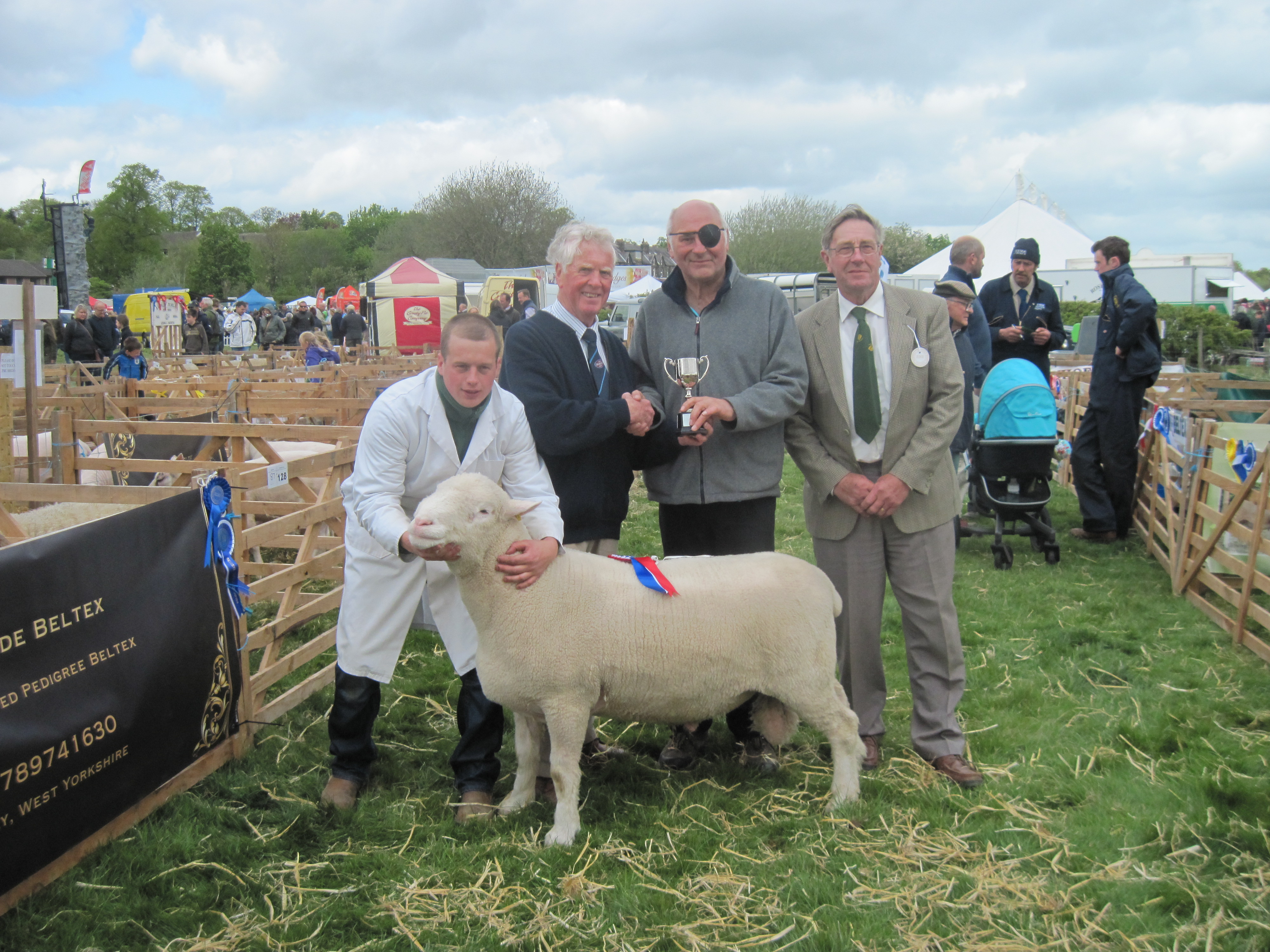 It was another first for the NDBC as their members took part in the first Dorset Classes at Otley Show on Saturday 16th May.

The driving force behind this new class was David Hullah, who promoted the idea to the show organisers, and very kindly donated the Wharfdale Cup, to be presented to the overall champion.

4 members exhibited on the day with 16 entries forward, all good quality stock. As Judge, Edwin was firstly looking for physical correctness, length and style. Having assessed these, the deciding factor then as the width and depth of the exhibit paying particular attention to the loin muscle and the fullness of the gigot.

Alec Steff’s first prize shearling ewe and David Hullah’s January born champion ewe lamb both met these criteria, being very correct, with excellent conformation. After much deliberation, the ewe lamb became the female champion due to its extra loin and gigot muscling. Disproving the theory that a ‘good big ‘un always beats a good little ‘un’!

In the male classes Alec Steff’s tups dominated, taking first prize in the shearling and ram lamb classes. His shearling tup went on to win the overall championship in a close contest with David’s ewe lamb, which took the reserve championship place.

Apart from the winners, congratulations should also go to John & Sheila Gray, who’s sheep came second in three of the classes. Well done all of you for taking the time to prepare and put on show some excellent quality Dorset sheep thereby promoting the breed to local farmers.