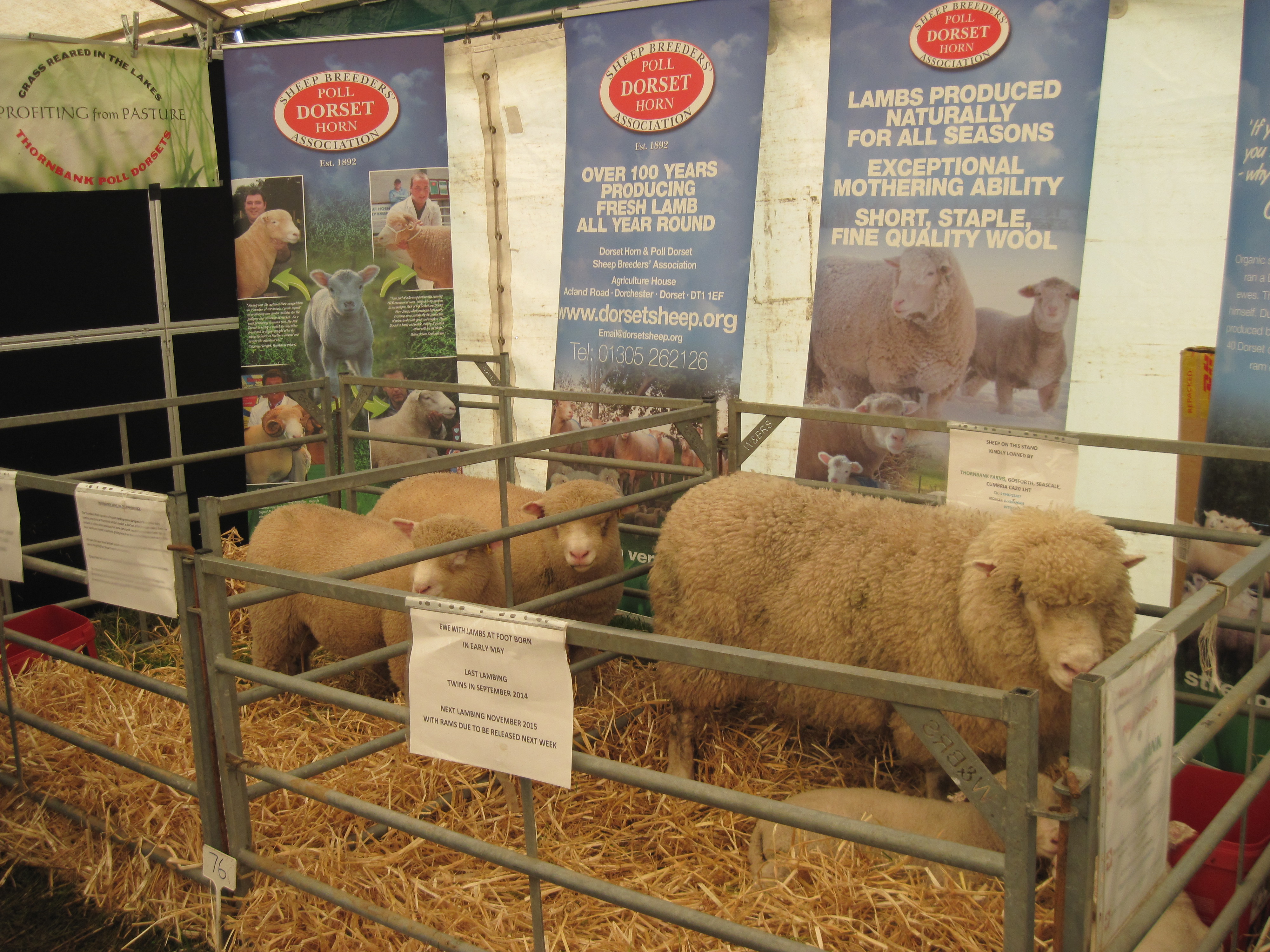 North sheep 2015 was held just outside Cockermouth in the western fringes of the Lake District, adverse weather conditions in the few days prior to the event had almost led to cancellation and although the ground was a little soft, the sun had made an appearance and the event went off without a hitch. The Thornbank Flock had very kindly provided the sheep for the society stand, two January born ewe lambs and a young sheep with a set of twins at foot. Cathryn Pritt Muncaster manned the stand along with Alec Steff, Helen Driver and Karen Hodgson, (David Eglin also moonlighted from the Charmois stand on occasion, although i’m not sure if that was for the company or the free biscuits!!, but thank you David your input was very much appreciated!! The stand was located within the MV tent, Alec and Helen had transported the society pop ups and literature back from May Fair and hot drinks and biscuits were also put on offer. There was a great deal of interest throughout the day from a broad spectrum of the sheep and farming industry, including two Newzealanders who had come to compare our polled dorsets to the ‘ones back home’, established breeders who had not made it to May Fair enquiring about sale dates and hundreds of questions about our wonderful breed’s out of season lambing ability. Breed directories were leaving the stand as fast as the biscuits and hopefully everyone’s questions were answered. The day finally began to wind up about 5pm. Hopefully we inspired some new breeders and some old, it would be nice to see some of them again ringside at the remaining sales of the season.